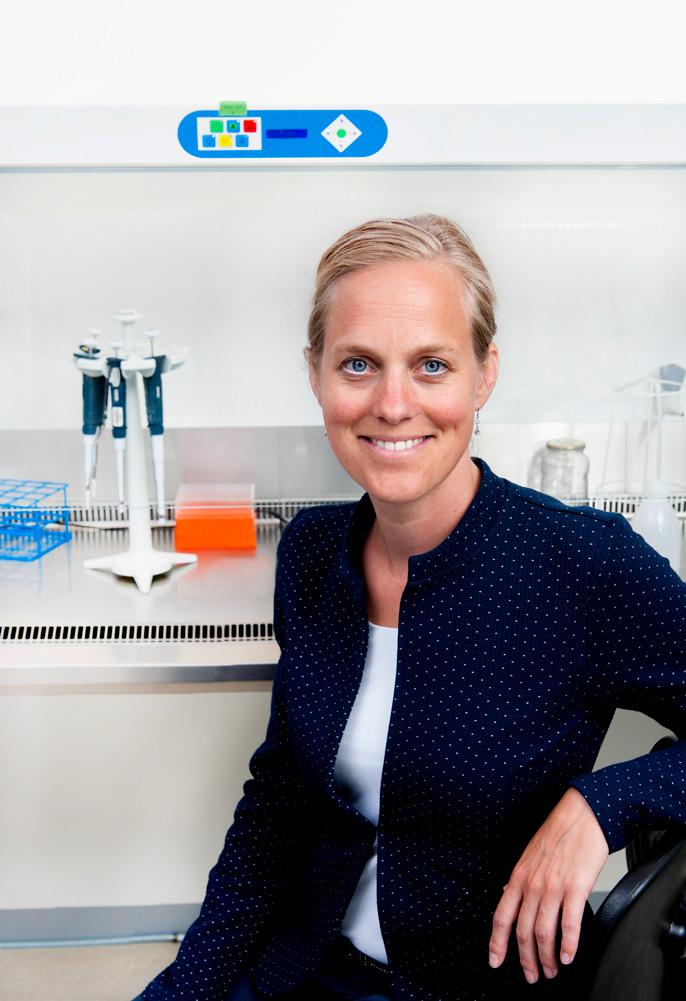 The Royal Netherlands Academy of Arts and Sciences has awarded the Heineken Young Scientists Award in the Medical/Biomedical Sciences 2020 to Meta Roestenberg, an internist-infectiologist at Leiden University Medical Centre. She is receiving the award for her research on the development of a malaria vaccine.

The jury describes Meta Roestenberg as an international pioneer in the field of human infection models for the development of vaccines against poverty-related infectious diseases. The research involves healthy subjects being infected with, for example, malaria parasites while receiving a candidate vaccine, so that the researchers can safely investigate the efficacy of the vaccine. Roestenberg is someone who has been able to accelerate development of new vaccines and medication for malaria in an unrivalled manner. Her research is clinically challenging and highly innovative from the scientific perspective. She is a true university researcher; highly active in the research, teaching and clinical fields, with a view to applying innovations in patient care both in Europe and beyond.

Research on a malaria vaccine
Together with colleagues in Nijmegen, Roestenberg developed a candidate vaccine using malaria parasites that have been genetically modified. As a result, the parasites are unable to develop effectively in the body of the host, namely humans. These do not fall ill, but their immune system does thus come into contact with the parasite, meaning that they develop immunity. Because the parasites cannot develop properly, the infected person can then not act as a source of infection for new mosquitoes that can go on to spread the disease. The candidate vaccine developed by Roestenberg and her colleagues is the first genetically modified vaccine in the world. It was announced in May this year that it works reasonably well but not yet optimally. Roestenberg will carry out further development in the coming years.
With some 228 million cases and more than 400,000 deaths each year, malaria is one of the world’s most serious infectious diseases, affecting young children in particular. The deadliest form of malaria is caused by a single-celled parasite, Plasmodium falciparum, which is transmitted from person to person by mosquitoes. Over the past five years, the number of deaths has been rising again. A vaccine can be a decisive factor in combatting the disease, but even after decades of research, there is only a single vaccine that is now being tested in three African countries and is not yet optimally effective. 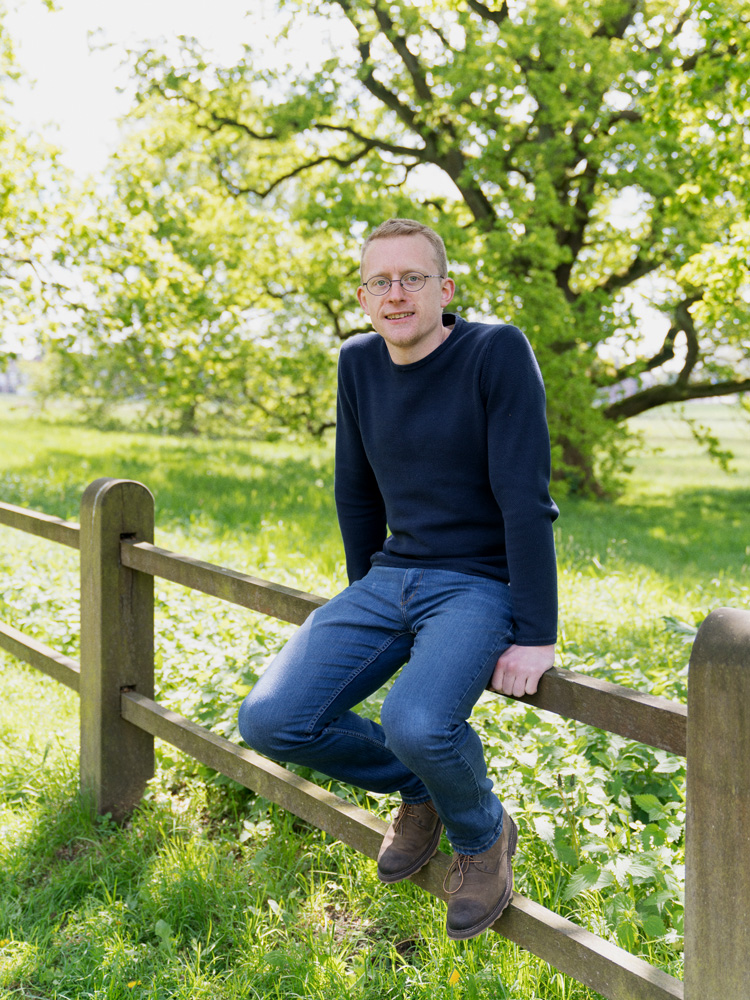 Dr Joost Snijder received the Heineken Young Scientists Award in the Medical/Biomedical Sciences 2018 for using advanced microscopic techniques to study the molecular mechanisms of viruses.
The jury regarded Joost Snijder as an exceptionally talented, creative researcher who thinks and acts independently with great vision and daring. Although young, he has already published a great many articles in prestigious journals and initiated partner projects with the Max Planck Institute of Biochemistry, the Scripps Institute and other respected international organisations.
Joost Snijder is an independent researcher and research consultant who advises on biochemistry and molecular biology. He works with Utrecht University, the University of Washington in Seattle (USA) and other partners.
Snijder studied biomolecular sciences at Utrecht University. He received his PhD there in 2015 for his work using mass spectrometry to study the molecular mechanisms of viruses.

Research
During and after his PhD research, Joost Snijder became extremely knowledgeable about and skilled in the use of advanced microscopic techniques, including atomic force microscopy, cryo-electron microscopy, mass spectrometry and molecular modelling. His expertise allows him to explore a range of different macromolecular mechanisms, for example virus assembly and the molecular ‘biological clock’ of cyanobacteria. 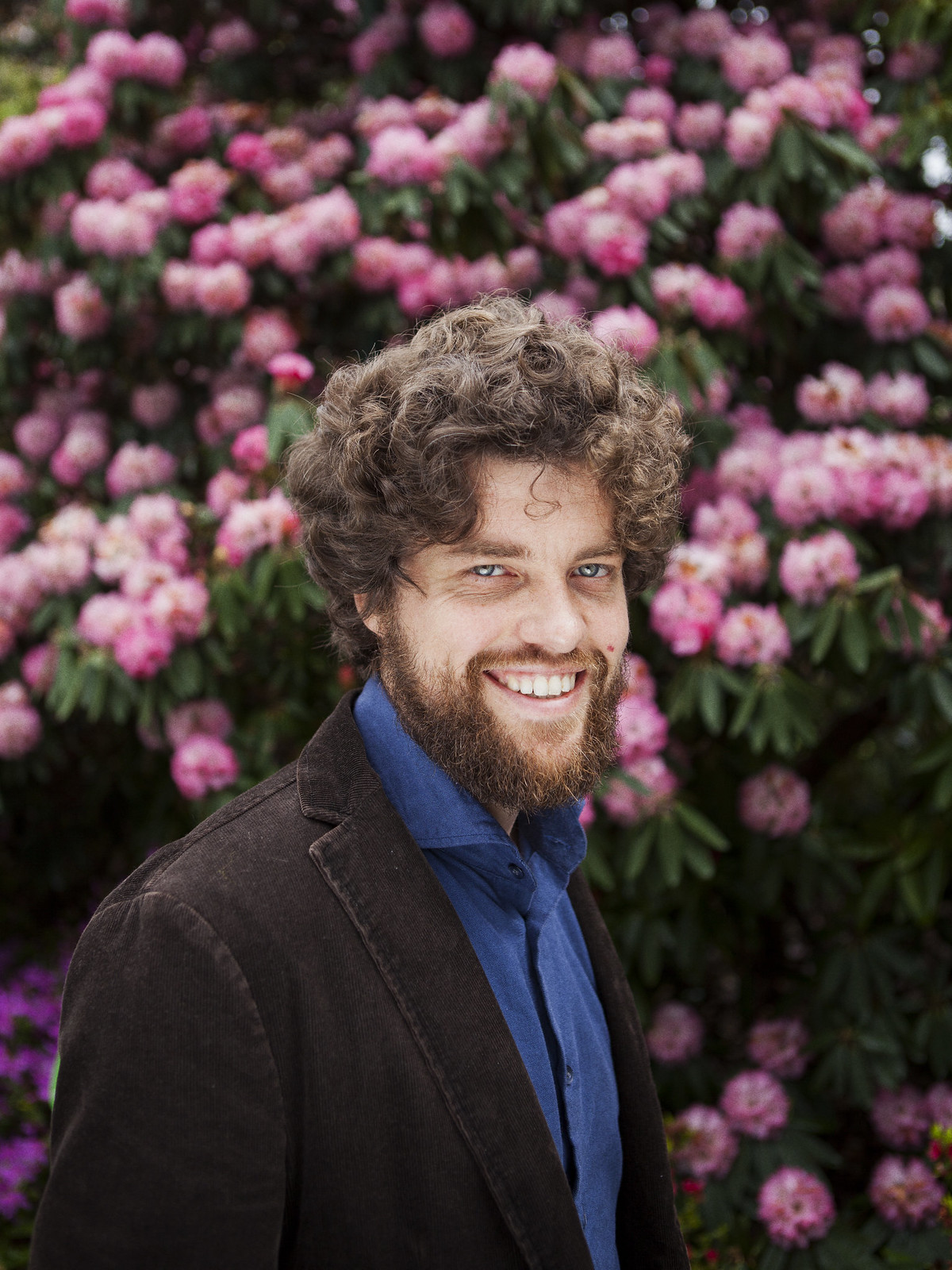 Dr E.R. Westra is a research fellow at the Environment and Sustainability Institute and a member of the Biosciences department in the College of Life and Environmental Sciences, University of Exeter (United Kingdom). He received the Heineken Young Scientists Award for Biochemistry and Biophysics 2016 for his cross-disciplinary study of CRISPR-Cas, a natural adaptive immune system in bacteria.
Edze Westra studied molecular life sciences at Wageningen University, where he obtained his PhD in microbiology in 2013. He has received awards for his doctoral thesis from both the Netherlands Society for Biochemistry and Molecular Biology and the Netherlands Society for Medical Microbiology. Shortly after completing his PhD, he accepted a position at the University of Exeter, where a number of major grants ensured him a permanent appointment in 2015.
Westra is a rising star in the fast-growing field of CRISPR-Cas, a molecular system in bacteria that allows them to recognise and disable viral DNA. It is now also being used for precision genome editing in living organisms.
Edze Westra is studying the role of the CRISPR-Cas system in nature. His research combines structural, biochemical, biophysical, evolutionary and ecological aspects, all of which are usually pursued within separate subdisciplines.
He has published or co-published many highly cited articles in such prestigious journals as Science and Nature. In addition to an EU Marie Curie research grant, he has received major stipends from the UK’s Natural Environment Research Council and the Wellcome Trust.
His enthusiasm is infectious and inspired the majority of his students to pursue a career in science. He is also a passionate ambassador for science with the general public. 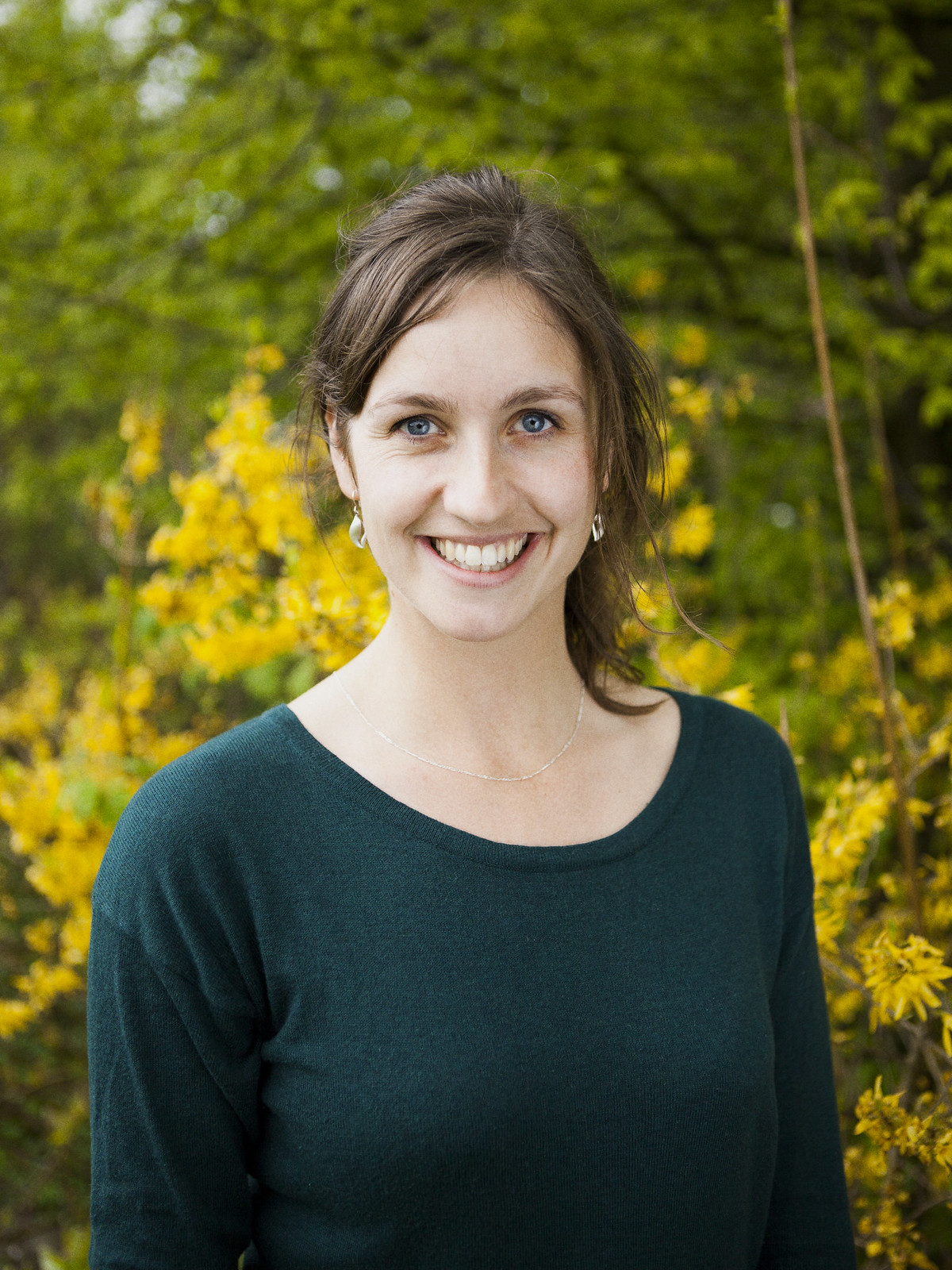 Dr M.R. Boon is a post-doctoral researcher at the Endocrinology department of Leiden University Medical Centre. She received the Heineken Young Scientists Award for Medicine 2016 for her research on ‘brown fat’, a type of fat cell that – unlike ‘normal’ fat cells – metabolises glucose and lipids and converts them into body heat.
Mariëtte Boon studied medicine and biomedical sciences at Leiden University. She received her PhD in 2014 at the same university for her study of the role of brown fat in Dutch individuals prone to obesity, type 2 diabetes and cardiovascular disease, especially those of South Asian (Hindustani) descent. Her research showed that they carry relatively little brown fat, respond differently to cold, and expend little energy when at rest.
In experiments involving animals, Boon discovered ways to activate brown fat, which may point the way to new treatments for obesity and associated disorders.
Despite her youth, Boon has authored/co-authored dozens of scientific publications, some appearing in high-impact journals. She has received nine awards and seven research grants. She is also one of the founders of the ‘Young Dutch Society for Endocrinology’. 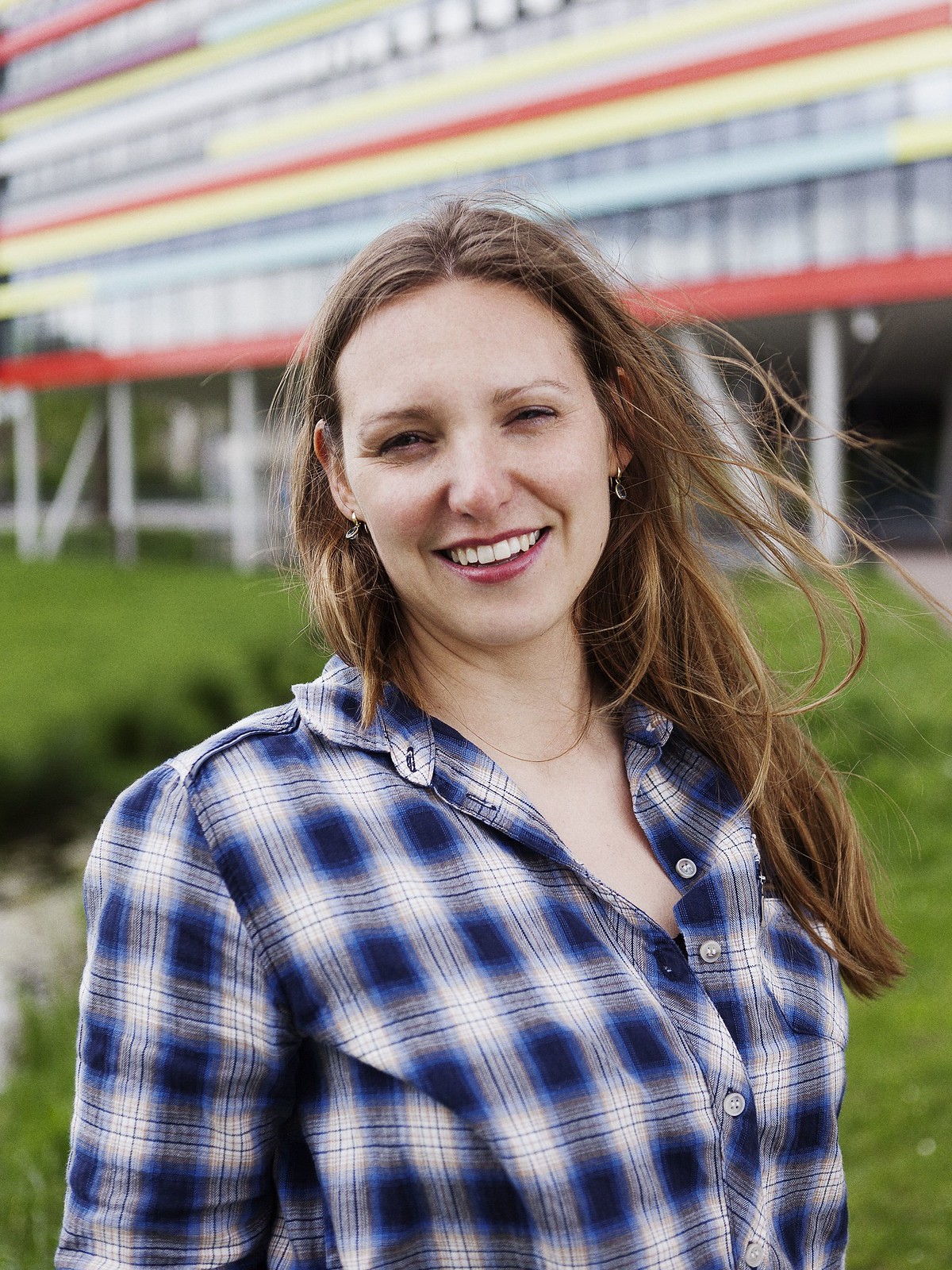 Dr C.R. Berkers is a research group leader at Utrecht University’s Bijvoet Center for Biomolecular Research. She received the Heineken Young Scientists Award for Biochemistry and Biophysics 2014 for her research into the workings of the proteasome, a structure that breaks down proteins in biological cells.
Chemist Celia Berkers did research at Harvard Medical School in Boston and the Netherlands Cancer Institute in Amsterdam before obtaining her PhD in 2010 at Leiden University.
Since 2013, Berkers has headed a group at the Bijvoet Center for Biomolecular Research that studies interactions between medicines and the ‘metabolome’, i.e. all the small molecules in the cell and their interactions.
Her work may help us develop new drugs against various diseases. Berkers received a Rubicon Fellowship from the Netherlands Organisation for Scientific Research (NWO) in 2011. In 2013, that same organisation awarded her a Veni Grant.

QUOTE
‘Even as a child I wanted to find “a cure for cancer”, and that desire has stayed with me. I want to understand what goes wrong in sick cells at the molecular level, and why some medicines work while others don’t.’ 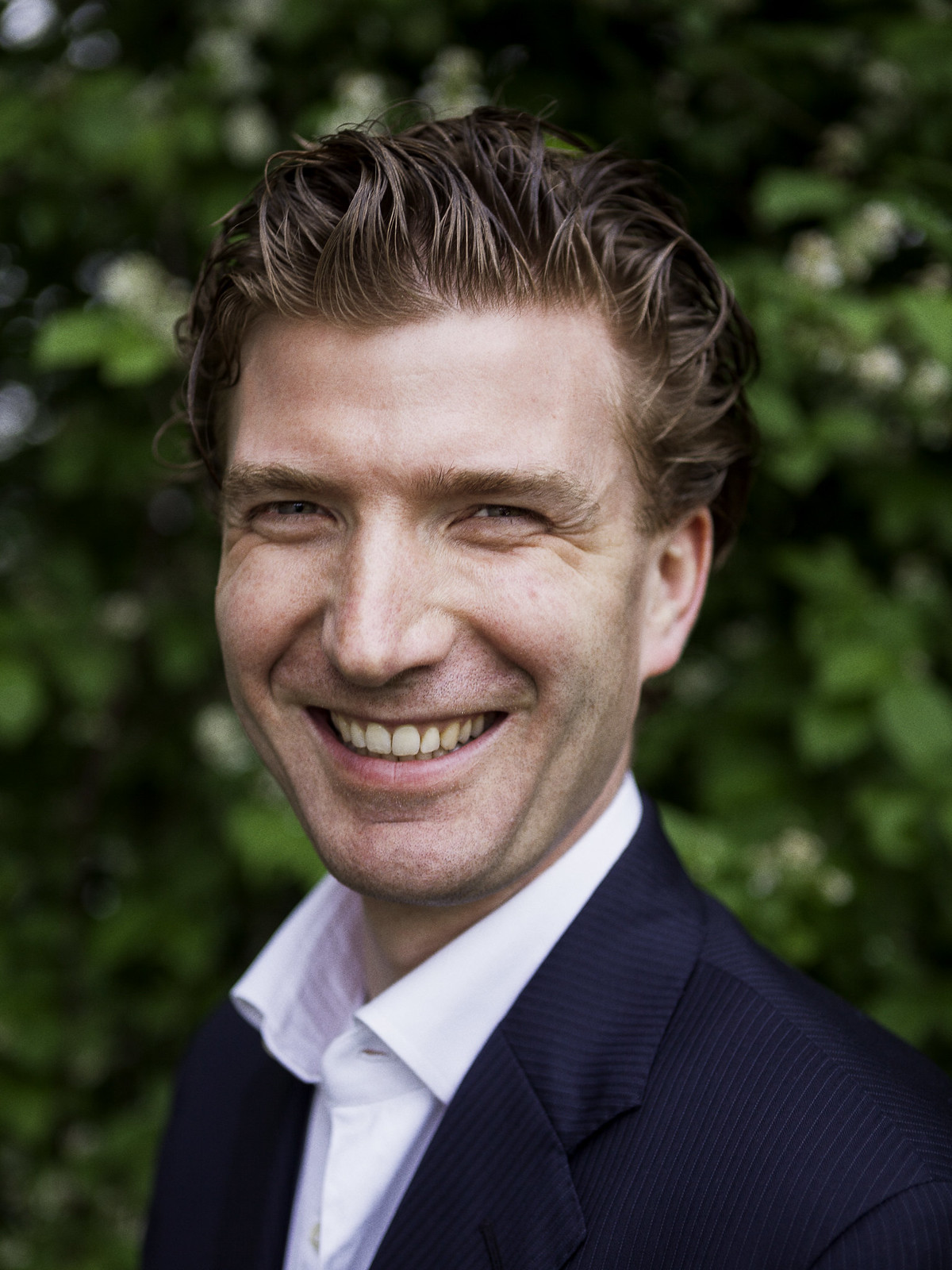 Dr A.P.J. Vlaar is a postdoctoral researcher for the Laboratory of Experimental Intensive Care and Anaesthesiology at the Academic Medical Centre in Amsterdam. He received the Heineken Young Scientists Award for Medicine 2014 for his research into acute lung injury as a serious side effect of blood transfusions in IC patients.
Alexander Vlaar, a practising physician, received his PhD from the University of Amsterdam in 2010 for his research into acute lung injury, a potentially fatal side effect of blood transfusions given to intensive care patients. He confirmed that the risk of acute lung injury is increased by the presence of donor antibodies in transfusion products.
Vlaar’s work has helped lower the risk for IC patients. The jury has praised Vlaar’s ability to combine hospital practice and outstanding research. In 2013, he was awarded a Veni Grant by the Netherlands Organisation for Scientific Research (NWO).

QUOTE
‘I want to improve patient care. Sometimes that means introducing new medical treatments. But sometimes it also means abandoning widely used treatments that the latest research has shown to be ineffective.’

Geert van den Bogaart received the Heineken Young Scientists Award for Biochemistry and Biophysics 2012 for his research on cell biology problems.
Dr Van den Bogaart received his PhD cum laude for his study on the mobility of bio-molecules; he has continued his work at the Max Planck Institute in Göttingen. He recently received an appointment as a junior group leader at the Nijmegen Centre for Molecular Life Sciences. According to the jury, Dr Van den Bogaart combines cell biology, microscopy, and insights from physics in a unique manner. The jury speaks of him as an exceptionally talented young researcher with a unique combination of different types of scientific expertise.

Linda van Laake received the Heineken Young Scientists Award for Medicine 2012 for her research on regeneration of the heart with embryonic stem cells.
She is carrying out her innovative research at the Hubrecht Institute and Utrecht University Medical Centre. After taking her PhD, Dr Van Laake was awarded an ICIN fellowship for postdoctoral work at the Gladstone Institute at the University of California, San Francisco (UCSF). She then commenced clinical training in cardiology and also began work with her own research group, supported by a VENI scholarship awarded by the Netherlands Organisation for Health Research and Development (ZonMw). The jury praises Dr Van Laake highly as one of the few young medical specialists who succeed in combining clinical work with basic scientific research, referring also to her perseverance and creativity.

Puck Knipscheer received the Heineken Young Scientists Award for Biochemistry and Biophysics 2010 for her research at the interface of biochemistry and molecular cell biology.
Her PhD research at the Netherlands Cancer Institute has generated important new insights into the way that protein activity is regulated in cells. As a postdoc at Harvard Medical School, Puck Knipscheer studied how the genes responsible for Fanconi anaemia (a genetic disease that leads to bone marrow failure and in many cases to cancer) are involved in repairing damage to DNA. She will be establishing a research group at the Hubrecht Institute in Utrecht in late 2010.

Dr Menno van Zelm received the Heineken Young Scientists Award for Medicine 2010 for his research on the cellular and molecular mechanisms that cause antibody deficiencies, i.e. serious immune system disorders.
His research is important for our understanding of immune disorders, how the body fights infection, and what causes inflammatory diseases and serious bone marrow and lymph node disorders. Menno van Zelm works at Erasmus Medical Centre Rotterdam.