These are the laureates of the Heineken Young Scientists Awards 2022

Does the timing of medication administration affect its effectiveness? How do you demonstrate the entanglement of large quantities of quantum particles? What effect does the growing power of algorithms have on human autonomy? How can you optimise doctor-patient communication? The winners of the Heineken Young Scientists Awards 2022 ponder these tantalising questions on a daily basis. These prizes are awarded every two years to four talented young Dutch scientists. Through their work, they make an important contribution to our collective knowledge and set an example for other young scientists. Meet the 2022 laureates.

‘The effect of medication depends
on when you administer it’ 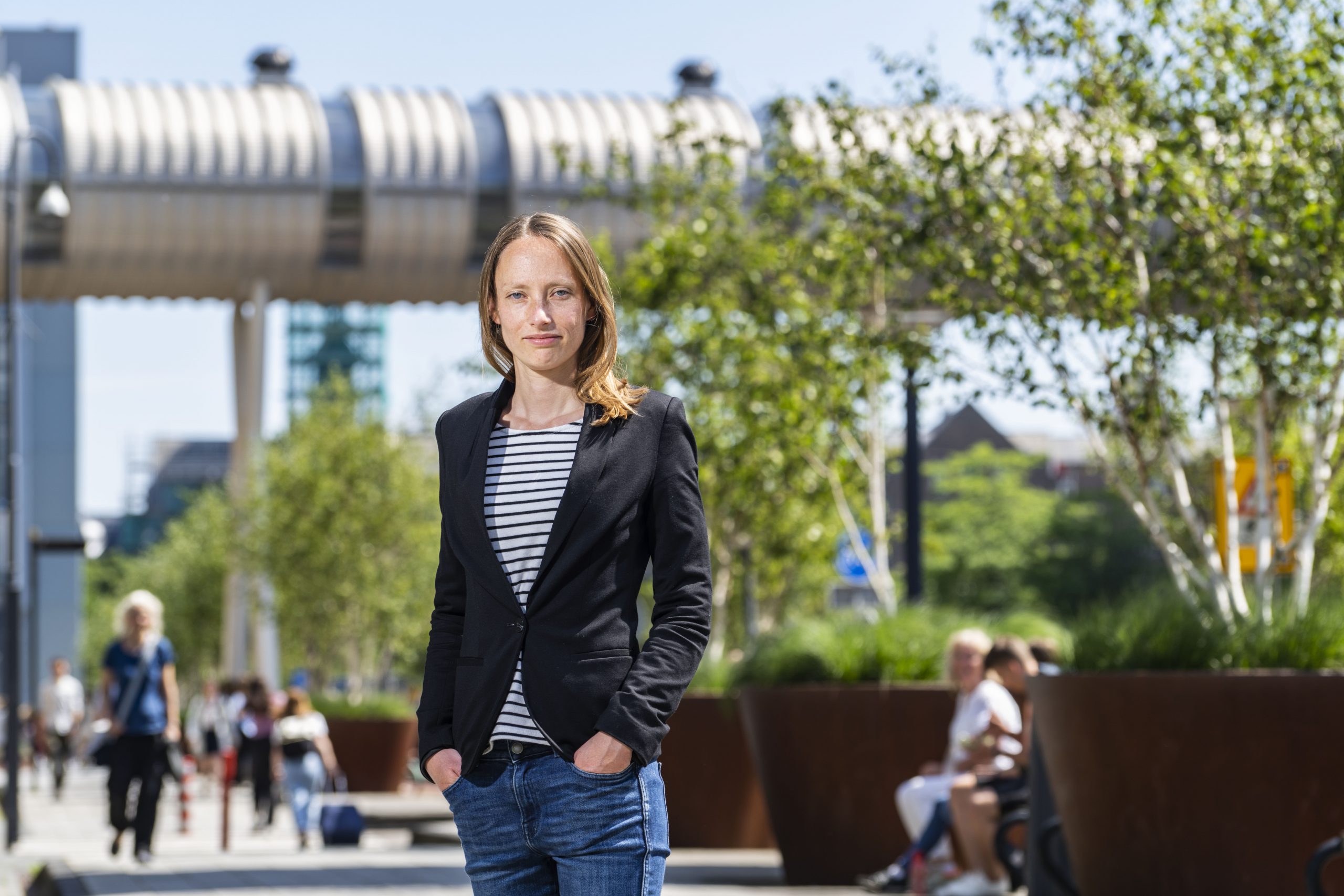 Our internal clock ensures that all kinds of bodily processes take place at the right time. Not just our sleep, but also processes regarding our digestion, hormones, metabolism, and the immune system. Laura Kervezee, a chronobiologist at Leiden University Medical Centre, studies how this biological clock affects our health. Early in her studies, Kervezee was fascinated by this subject. She wondered why she always woke up before eight, no matter how late she went to sleep, while her fellow students could sleep in until noon. She delved into this question for a study assignment. ‘Since then, the flame has never gone out,’ says Kervezee.

One of the questions she has since examined is what the effects are of a disrupted biological clock. ‘For this, we studied night shift workers,’ she says. ‘We found we were able to measure at the molecular level in the blood how disrupted the biological clock is, and whether it adapts well to night shifts or not. We can see this, for example, in hormones such as melatonin and cortisol, but also in RNA in blood cells. From that, we can deduce when genes involved in the biological clock are read out to produce proteins.’

She is currently researching how to make the biological clock of patients in intensive care stronger, and, in doing so, make the patients healthier. You can affect the biological clock with light, but also, for example, with a certain diet. ‘Patients in intensive care usually receive continuous tube feeding,’ says Kervezee. ‘This happens twenty-four hours a day. We, as well as doctors and nurses, wonder whether that is the best diet. After all, no one normally eats while sleeping. So, we are studying how such a diet affects the biological clock, sleep, and health of patients. We are comparing patients who are fed continuously with patients that we only feed during the day. Overall, they receive the same amount of nutrition.’

There is also a great deal of progress to be made in drug administration, according to Kervezee. She focused on this during her PhD research. ‘We already know that the effects of medication depend on the time of day. If we find out exactly how the timing of administration influences the effect of medication, there could be great gains. This also varies greatly from person to person. It would be very nice if we could predict what the optimal moments are, so we can take that into account.’

‘When you are seriously ill,
communication matters a lot’ 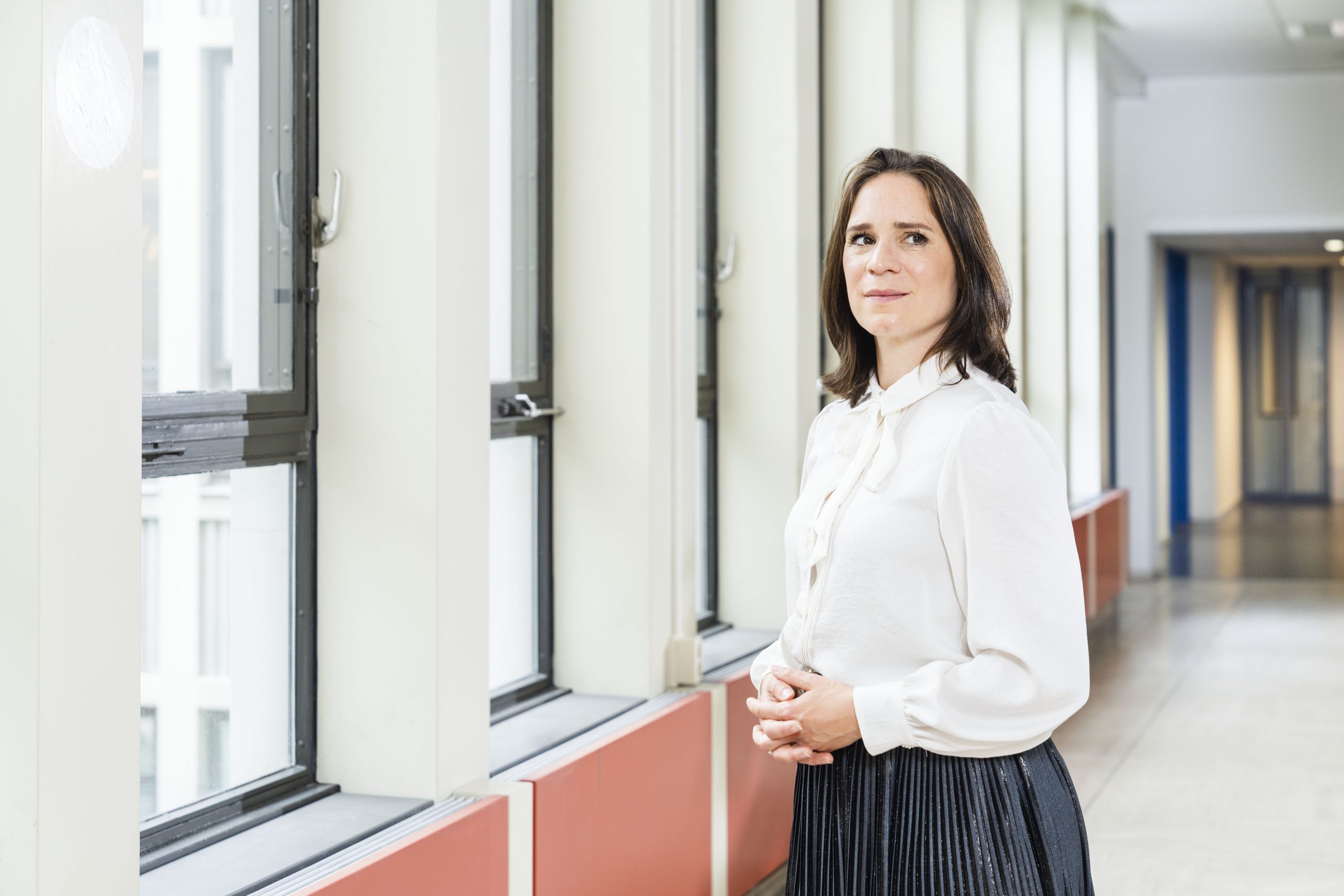 When someone has a serious illness such as metastasised cancer, it is not only important for the doctor to be medically competent. How a doctor communicates with this patient is also crucial. Liesbeth van Vliet, a health psychologist at Leiden University, studies how doctors can design their communication so that patients experience less stress and remember information better. She also discovers what, in particular, doctors should not say. ‘Patients indicated, for example, that they don’t want a doctor to say they look good,’ Van Vliet says. ‘This makes it harder to say they feel really lousy. They also found it annoying when a doctor said: “I’ll call you tomorrow”. This can lead to them sitting by the phone all day. If possible, it may help to mention a time period in which you will call.’

By studying videos of consultations and combining them with questionnaires, Van Vliet discovered that patients do not remember all the information from conversations. For example, women with incurable breast cancer remembered only 40 percent of information about side effects after conversations discussing results. Through such studies, we know that it is important to repeat information in multiple conversations, and to ask someone at the end of a conversation: “What are you taking home from this conversation?”

Empathy also plays a role here. People were found to remember eight percent more information when a doctor is empathetic. Patients also feel better after an empathetic conversation. Van Vliet saw this in recordings of conversations between patients and doctors, as well as in an experiment where she showed videos with and without empathic elements to subjects.’

At the same time, empathy is a fairly abstract concept. ‘That is why we are trying to make concrete which behaviours can help build a connection with a patient,’ says Van Vliet. ‘A patient recounted that her doctor once stopped in the middle of a sentence and said to her husband: “Do you have a new tattoo?” This is something very small, but the patient felt seen. It often turns out that small things can make a big difference, which is good news because it means empathy does not always take a lot of time. When you are seriously ill, empathic behaviours matters a lot. You need someone who not only sees your tumour, but who sees and supports you as a person.

‘Entanglement is a necessary ingredient
of a quantum computer’ 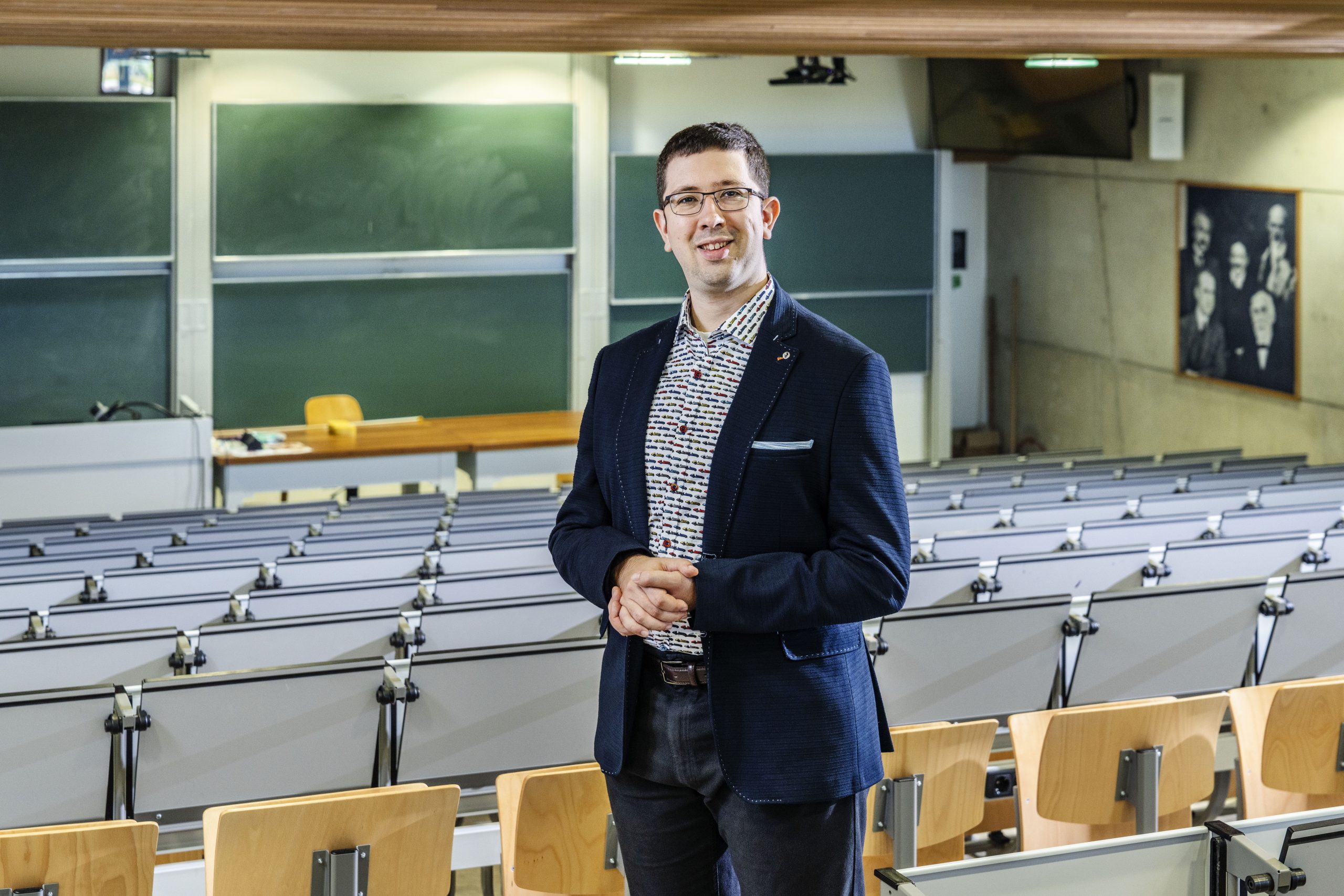 Quantum computers compute in a completely different way from ordinary computers. This makes the potential enormous, but they must be managed in a completely different way. Mathematician Jordi Tura i Brugués, at Leiden University, is developing algorithms to perform computations on quantum computers. Applications of his quantum algorithms include complex optimisation problems, machine learning, and the unravelling and prediction of the precise development of chemical reactions.

‘Chemical reactions are themselves governed by the laws of quantum dynamics,’ says Tura i Brugués. ‘Many details of these reactions we do not yet understand, because they are incredibly complex systems with large numbers of electrons all interacting with each other. For an ordinary computer, simulating these systems takes far too much computing power. But because a quantum computer operates according to the same laws of quantum dynamics, it is ideally suited to map such complex chemical reactions.’

One of the quantum properties that make a quantum computer so incredibly powerful is entanglement. This means that if you do something to one particle, it immediately affects the particles entangled with it, no matter how far apart they are. ‘Entanglement is a necessary ingredient to unlock the full potential of a quantum computer,’ says Tura i Brugués. He has taken important steps to measure the entanglement of large numbers of particles in the lab. This makes it possible to determine the computing power of quantum computers currently under development.

‘Mathematically, this is a very complex problem,’ says Tura i Brugués. ‘That’s because with each additional particle you add, the complexity of the equations you have to solve at least doubles.’ By applying clever approaches, he simplified the problem. For example, he adapted Bell’s theorem, which is used to show entanglement of two particles, to fit large numbers of particles. Thanks to his theoretical work, it has become possible for the first time to demonstrate the entanglement of half a million rubidium atoms. 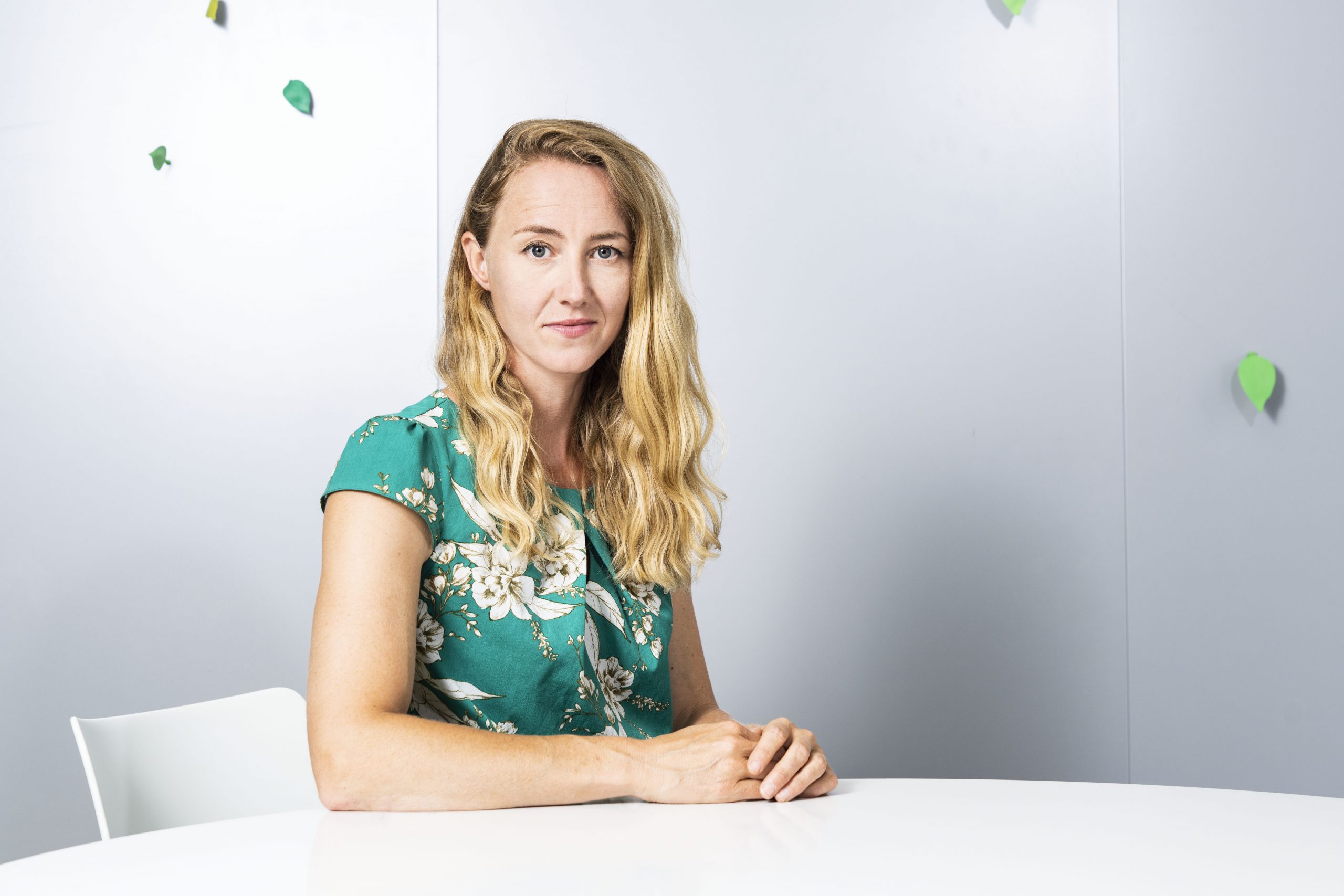 Both government agencies and commercial companies are increasingly relying on algorithms. The tax authorities and the police use algorithms to determine who they double check. Netflix and Spotify increasingly know what you want to watch or listen to, and polling guides predict how you will vote. Philosopher Fleur Jongepier received the Heineken Young Scientists Award for her research on how the growing power of algorithms affects our autonomy and self-knowledge. In this study, which she conducted at Radboud University Nijmegen, she studied whether it is bad that we increasingly listen to algorithms more than to ourselves, and if so, why. She also identified in which cases it might actually be better to listen to algorithms.

The growing influence of algorithms sets in motion changes that are not always readily apparent. This is precisely why Jongepier believes it is important to examine the consequences thoroughly and why she actively participates in the public debate. Not just on issues relating to digitalisation. She also brings to the surface problems that society would otherwise ignore. She publishes articles for NRC and Trouw, among others, and currently writes columns for the Volkskrant. She also co-founded the philosophy blog Bij nader inzien [On reflection] and is a regular guest on talk shows to interpret social issues from a philosophical perspective. Fleur Jongepier recently decided to leave science and continue her public philosophy work. She is currently writing the book Bergfilosofie [Mountain Philosophy], in which she aims to show how the mountains can help us think more clearly about themes such as physicality, identity, climate, work, and digital tranquillity.